The Clan Chief  is a Trustee of the Highland Buildings Preservation Trust (HBPT) which is a last resort organisation for listed buildings at risk in the Highlands and noticed that they have on their books the Alness Old Parish Church which not only is in Ferindonald, but has long associations with the Munro Clan and has many Munros buried in the kirkyard including the burial enclosure of the Munros of Teaninich.

They will be looking for assistance with annual maintenance once the building is stabilised which they say will be just a few hundred pounds per annum!! 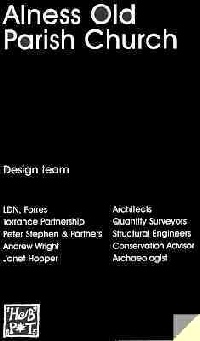 The Old Parish Church at Alness is now a category B listed roofless ruin, situated within a walled burial ground on the outskirts of the town. Although badly deteriorated, it is of considerable significance as one of the few surviving examples of a pre-reformation medieval church in the Highlands.

From documentary records held at the RCAHMS it is known that the church had a supremely elegant interior with Italianate plaster ceilings and fine classical detailing to the lofts. Sadly this interior was lost when the roof was removed in the 1970s although a number of the high quality decorative stone carvings which embellished the building still survive. Although little has been done to arrest the ongoing decay of the ruin, the introduction of protective boards to the window openings has reduced the incidence of wilful damage, however, until such time as the ruin can be stabilised, it remains very much at risk.

The building has been identified as surplus to requirements by the current owners, the General Trustees of the Church of Scotland, and they have indicated a willingness to dispose of the building to the HBPT following their failure to obtain consent for demolition.

In 2001, the HBPT commissioned a design team led by LDN Architects to undertake a feasibility study to assess alternative uses for the building and to identify the repair works needed to consolidate the building. This study established that the only realistic option for the future of the building is to consolidate it as a ruin, with the possibility of controlled public access and some limited interpretation. An application has been lodged with the Heritage Lottery Fund for a project planning grant to develop the proposals and to undertake audience research to identify ways of increasing access and involving the local community in the project. When work is complete, it has been agreed that ownership and responsibility for its care and maintenance will pass to the Highland Council, as part of their ongoing maintenance commitment to the surrounding burial ground. 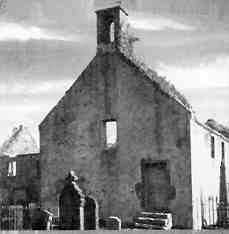 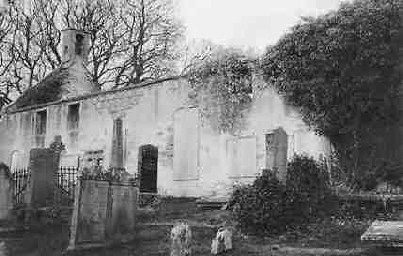 General Trustees of the Church of Scotland