Ian is survived by his wife Susan, daughter Heather, son John Angus, mother Margery, and brother John.  Ian was predeceased by his father Elton Ernest (Ernie) Munro, on 24th December 2000, a WWII British 8th Army veteran, who served post-war in the RCAF and The Department of External Affairs.  Son-in-law to Margo and Andy Kopil of Gatineau.  Brother-in-law to Danny Kopil of Gatineau and Bridget McDonough (Daniel Nakonecznyj) of Toronto.

From his early teen years Ian was involved with the Royal Canadian Air Cadets: first as a Cadet WOI for 173 Squadron in Trenton, than as a Captain at 51 Ottawa Optimist Squadron and finally as a Director of the Ontario Provincial Committee of the Air Cadet League of Canada, where he was an enthusiastic supporter of the glider program.  His gaining a full pilot’s licence at the age of 17 is testament to his love of flying.  His love of flying also led him to be a volunteer at the Canadian Warplane Heritage Museum in Hamilton, ON.

For over three decades he was a member of Clan Munro Association of Canada (CMAC), and was the President of the Association at the time of his death. For this work, Ian was awarded the Queen Elizabeth II Diamond Jubilee Medal this year.  Since 2006 Ian was also the Chair of Clans and Scottish Societies of Canada (CASSOC).  While living in Ottawa he had been a member of the Kemptville Legion Pipe Band playing the snare and bass drum in many parades.  Since the 1970s, Ian was a member of the Ottawa Optimist Club and the Air Force Association of Canada.

Ian was an expert on security matters and worked for many years in that capacity with the federal government for the National Museums of Canada and later in the Ontario Public Service.

There is to be no visitation or funeral.  There will be a memorial service to celebrate Ian's life on Saturday, October 5th, in Ian's parish, Saint Thomas à Becket Anglican Church, in Mississauga, at 1 o’clock in the afternoon.  There will also be a second memorial service in Ottawa, Saturday November 9th.  In lieu of flowers please make donations to The Arthritis Society and The Canadian Warplane Heritage Museum.

Everyone who knew Ian appreciated and loved his great wit, his kind heart, his superb sense of humour, his care for his family and friends, his constant stories alongside a heartfelt dedication to his community, cadets and all things Scottish and Canadian.

As Ian would say, “Slàinte maith, h-uile latha, na chi ‘snach fhaic! (Good health every day, whether I see you or not!)”

Rest eternal grant to him, O Lord; and let light perpetual shine upon him.  May his soul, and the souls of all the departed, through the mercy of God, rest in peace.  Amen. 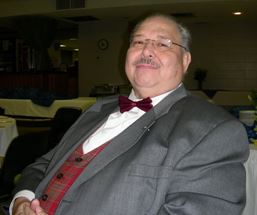